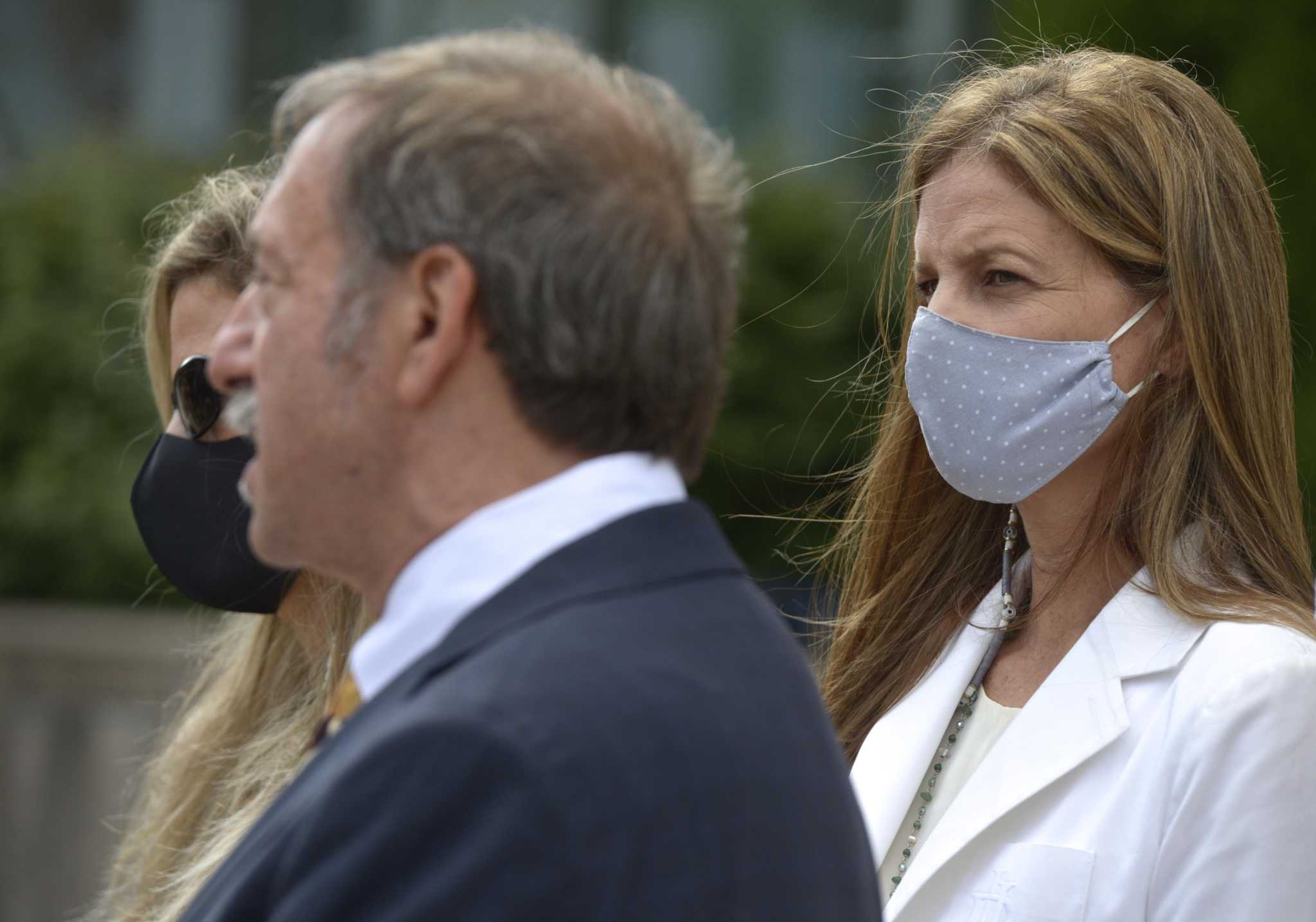 A search warrant was granted May 21 to examine every data entry on Troconis’ cellphone from Feb. 1, 2017 to May 31, 2019, attorney Jon Schoenhorn said.

“They looked at every call, every text, every like, every photo and every video,” said Schoenhorn, who called it a “digital strip search.”

However, it remains unknown if investigators found anything of value.

Stamford Superior Court officials said they do not have the warrant and state police have not filed documents showing what was found in the search.

Schoenhorn said he believes a brief call made to Troconis’ phone on Feb. 1, 2017, from a cellphone connected with Fotis Dulos’ family likely prompted the search.

Troconis, who is free on bond, has pleaded not guilty to conspiracy to commit murder, tampering with evidence and hindering prosecution charges in connection with the case.

Fotis Dulos died by suicide in January 2020 while facing murder, kidnapping and other charges in his estranged wife’s May 24, 2019 death and disappearance

Investigators have used phone records throughout the investigation to establish a timeline in the case and the whereabouts of the defendants around the time of the disappearance.

A Manchester used car salesman had his phone seized last year when police discovered a pattern of calls between him and Fotis Dulos’ longtime friend and attorney, Kent Mawhinney, court records show.

Fatos Statovci, who sold cars to Mawhinney and hired him as a lawyer, contends he had nothing to do with the disappearance of the New Canaan mother of five, but said investigators still haven’t returned his phone.

In an interview this week with Hearst Connecticut Media, Statovci said he was only in contact with Mawhinney about his legal affairs.

“I had nothing to do with it,” Statovci said Monday. “He was my attorney and he was my client and that’s it.”

Police questioned Statovci, the owner of Cars on Main in Manchester, in January 2020 after examining Mawhinney’s phone records, according to Statovci and the state police search warrant.

The warrant was obtained a week after Mawhinney was arrested at gunpoint on a conspiracy to commit murder charge in the case. Mawhinney has pleaded not guilty and is free on bond.

A pattern of phone calls involving Fotis Dulos, Mawhinney and Statovci around the time of the disappearance raised suspicions for investigators, according to the search warrant.

Fotis Dulos called Mawhinney several times around the day of the disappearance, and these calls were followed minutes later with the lawyer contacting Statovci, according to the warrant.

Two calls Mawhinney made to Statovci the morning of May 24, 2019, appear to have come from cellphone towers near the Farmington home of Fotis Dulos, the search warrant said.

The phone records of one of the men was the target of the search warrant obtained Jan. 14, 2020, court records show. A phone number associated with the men called Statovci’s phone on the day Jennifer Dulos disappeared, the search warrant said.

Statovci’s phone records indicated his cellphone was in Massachusetts on the day of the disappearance, according to the warrant. When asked Monday, Statovci denied knowing the two men named in the search warrant.

Mawhinney purchased two used vehicles from Cars on Main, Statovci said. He said he hasn’t spoken to Mawhinney since the lawyer was arrested.

Statovci said police seized his cellphone and have not returned it. He said he hasn’t heard from investigators since their one conversation last year.

The search warrant also showed police tried to reach Mawhinney 23 times on Jan. 7, 2020 to get him to turn himself in on the conspiracy to commit murder charge.

Mawhinney ignored all of the calls except one when police said he inadvertently switched over from another call, the warrant said. Police said Mawhinney appeared to continue the conversation he was having on the other line and was heard saying, “this is crazy” and “I can’t believe this is happening,” the warrant said. The state police detective then said, “Hello, Kent,” and then the lawyer hung up, the warrant said.

Mawhinney was taken into custody at gunpoint later that the day in Tolland, according to authorities.

Mawhinney has spoken several times with investigators since Fotis Dulos died Jan. 30, 2020, according to court filings.

After meeting with state police in August 2020, Mawhinney’s $2 million bond was reduced to $246,000 without a hearing and he was released from jail with a GPS monitor last October so he could visit his sick father in Florida.

A prosecutor in the case said Mawhinney, who is next due in court July 27, could testify against Troconis if her case goes to trial.

Schoenhorn has submitted several motions, which remain pending before a judge, seeking reports and transcripts of Mawhinney’s interview with police and other evidence he said he has not received from prosecutors. Troconis is due back in court on Sept. 14.

Police said they believe Fotis Dulos was “lying in wait” for his estranged wife to return home from dropping off their children at school the morning of May 24, 2019, according to arrest warrants.

While Jennifer Dulos’ remains have never been found, the state’s chief medical examiner said she would not have survived the attack without immediate medical attention, the warrants stated.

The night of the disappearance Fotis Dulos and Troconis were captured on Hartford surveillance footage making a series of stops along Albany Avenue, arrest warrants stated. Fotis Dulos was seen dumping bags, some of which were later recovered and contained his estranged wife’s blood and clothing, according to arrest warrants.

Investigators said they also found Jennifer Dulos’ blood on the seat of a pickup truck, which belonged to one of Fotis Dulos’ employees, that they believe was used the day of the crime, the arrest warrants read.